String of Stories, documentary feature, a 2021 production of Yes She Rises

Three women, three unique stories, connected by one common goal – to break away from the chains of the Devadasi tradition (religious servitude) which stands between them and their right to a life of freedom and dignity.

— a film by Indrani Nayar-Gall 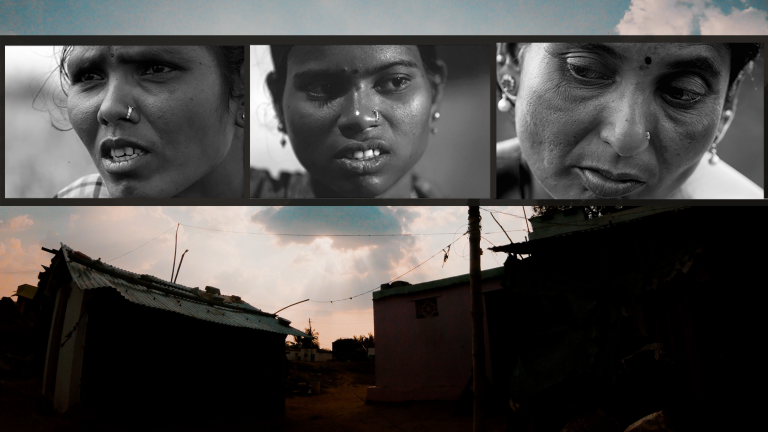 My inquiries into patriarchy and misogyny—its hand in controlling the minds and bodies of women and girls—started in 2008. While preparing for an artist residency at Khoj Kolkata, I stumbled upon an ancient practice of religious servitude that continue to exist in my native India, despite being illegal for over four decades.

Known as Devadasi tradition, an inter-generational practice, it auctions off young girls of poor untouchable caste to the highest bidder in the village in the name of religion. Initiated and dedicated to a village deity, they are forbidden to marry and are made to depend on men for support.

It was hard for me to believe such horrible practice still exists. My inquiries took me to the stories of these women, the work by non-profits, but contacting them proved difficult. After four years of trying, one door finally opened.

In 2012, I received a response from the legendary activist, Lavanam Gora of Samskar. With my daughter, a young film student, and our cameras, we travelled to Vijayawada to learn about his work and meet some of the survivors.